CIC Agency, Inc. (originally Cincinnati Insurance Consultants) was founded in June of 1992. We occupied an office near Ninth and Vine Sts until 3 years ago when the agency was moved to our current Anderson (Nimitzview Drive) location.

The owners and entire staff are fully licensed insurance agents. Every agent has over 20 years of experience in the insurance industry.

Michael J. Meldon - "I am very proud that many of my clients, both personal and business customers, have done business with me for well over twenty-five years."

After college, Mike began working as an agent in Neare Gibbs Agency where he became Manager and Executive Vice President. He was elected President of the Cincinnati Insurance board in 1988 (the 150th Anniversary of the of the oldest Insurance Association in the country). He has also served as trustee of the Independent Insurance Agents Association of Ohio and has been a member of several agents' advisory boards including Fireman's Fund, Safeco, Ohio Casualty, Transamerica and INA.

Mike is married to his wife Sue, and has two sons, Mike Jr. a teacher at Oak Hills High School and Patrick an insurance agent with Wells Fargo Agency in Columbus, Ohio.

Thomas E. Buchheit - A Cincinnati native, Tom was on of six children. He learned early that sharing and caring for others was very important. He attended Roger Bacon High School and then went on to the University of Cincinnati. He obtained a Bachelor of Business Administration with a major in both Finance and Insurance. While attending college, he worked with his father as a producing agent at Heil Buchheit Insurance. After leaving college, he took a position at First National Bank in the Trust Division as an Employee Benefit Consultant.

Tom is a Registered Investment Advisor Representative with a local Broker Dealer, Chartered Financial Consultant, Chartered Life Underwriter and a Certified Financial Planner™. Tom has been coaching for over 20 years, with his most recent position as a varsity coach for Archbishop McNicholas High School Fastpitch Softball Team.

Tom and his wife Donna and their four children reside in Pierce Township are very active with their Parish, St. Thomas More. 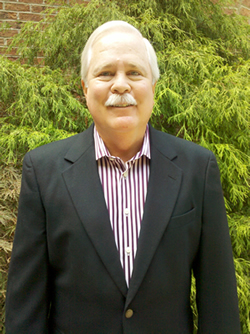 Information you need, when and where you need it most. More »